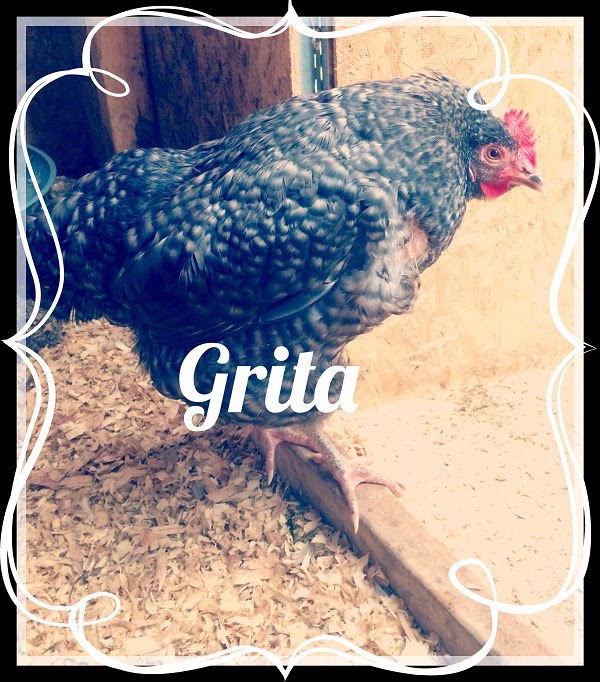 This is Grita. She is a cuckoo marans breed from a hatchery.  She has become one of my favorite birds out of about 60+ that I have. She is very sweet and does her own thing in her own way. She even lays lovely farm fresh eggs! She does eat differently and when she drinks she makes a sound like she is slurping. She is missing feathers on her side cause that is where the roosters try and grab her when they want to mount her and then she messes with that spot. I am not exactly sure what is wrong with her but I would say she has what is called "wry neck." Usually wry neck is spotted in baby chicks and sometimes older chickens and can be fixed usually in a matter of a few days.

We treated one chick with wry neck, mostly with just keeping an eye on it and separating it from the rest of the chicks since she would get trampled on. Below I posted a couple of pictures on how the chick held its head differently, kind of constantly down and this bird would even do flips,which were rather impressive...see video below.

Neck lowered, which typically is a sign of wry neck. There are things and treatments you can do and honestly I dont recall but with this chick I didn't do anything but make sure it ate and drank. For the first few days I would syringe feed it wet food so I knew it was eating and I like I mentioned I separated it from the rest of the chicks. (There are many links online if you just google wry neck if you wanted to learn more) 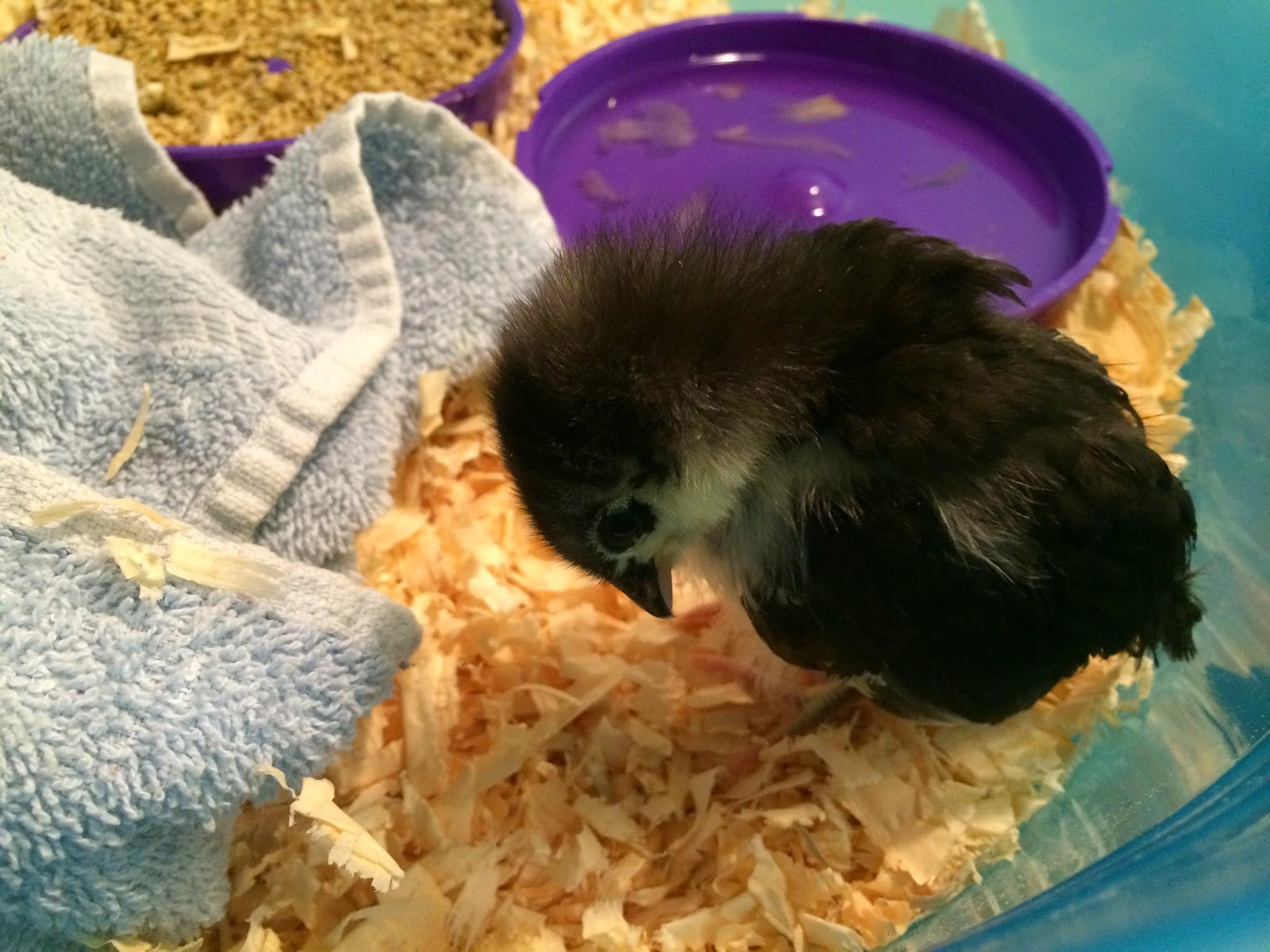 Neck became much better and upright! 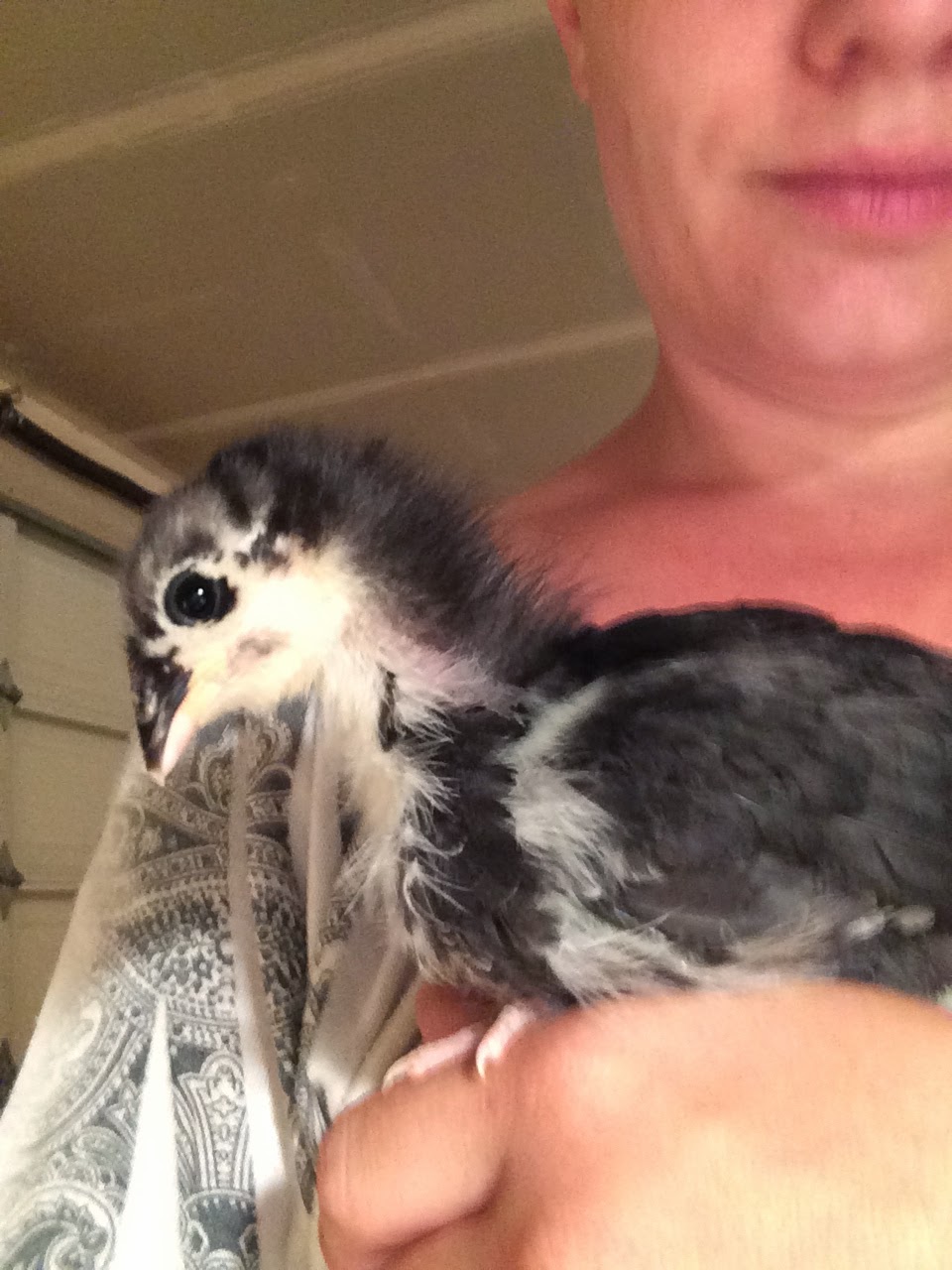 And this little chick grew up!
So that is a little bit on wry neck now back to Grita...

My little Grita became "broody!"
(Broody means she won't get off a nest til she hatches a baby chick out, so she wanted to be a mommy) 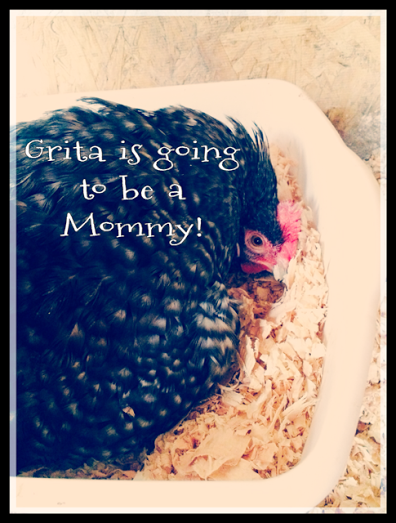 When she is laying an egg I noticed she lays in the nest box differently than the other hens. She lays down kind of how we would lay our head on a pillow. Her face usually is pretty buried into the shavings in the next box with her neck turned. I wasn't sure how at first how to accommodate her "special" needs of eating, drinking and being comfortable with hatching chicks since she kind of had accommodated to the feeding PVC tubes and the chicken waterer.

I set her up with two different ways to drink water. One was with a chick waterer and then a water nipple which is the soda bottle above her. Food wise, she would typically stand on top of the PVC pipes and put her head in so with this area the food was still in a PVC but not to where she could stand on top of it. She had food in there and then fermented feed in a bowl which I knew she could eat.

I observed her for awhile and saw that she would use the nipple waterer and she did eat out the PVC so she was set! She "cuddles" the eggs under her differently and tends to leave an egg or two out from under her. I watched her closely the next 10 days and had to tuck eggs under often.

It kind of worked out cause I had two other broodies in my garage that had been already sitting on eggs so they were on day 12 by the time Grita became broody.

So, today is day 20 and I checked eggs and heard chirping coming from three blue eggs and one of the eggs even had a start of the chick breaking out! These were under the silkie which she is a good broody, just mean and will peck at me! I swapped eggs around and put the three chirping eggs under Miss Grita so that she wouldn't have to sit on her eggs for 11 more days, she would have chicks probably by morning to start caring for!


See the crack? It is starting to break out of its shell! Yay! 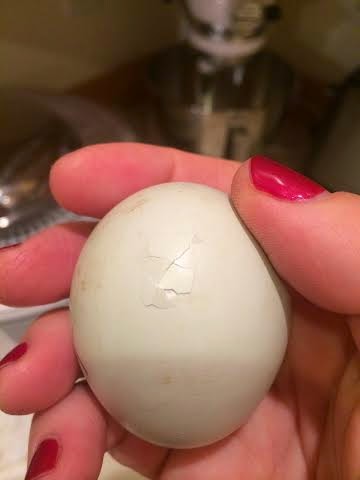 The silkie (Miss Snuffleupagus) got Grita's eggs cause she will sit on them for another 11 days with no problem. Miss Snuffleupagus eggs that are also due in the next day or two were given to my other broody the Golden Laced Wyandotte (she isn't the best broody but rather annoying and constantly rolling eggs out of from under her). Since she isn't the best broody, I figured this way she can hatch the rest that are due in the next day or so and stop being broody as well!

So if ANY of that made sense, I pretty much figured this would be the best route for Grita. I am curious how she will teach the babies. She will be a fun mama to watch! I see another post about Grita in the future! Stay Tuned!

Here are some images of my previous broody hen and her baby chicks: 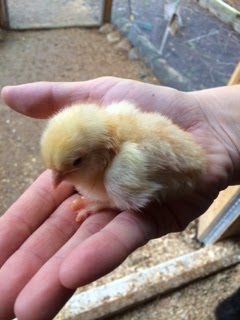 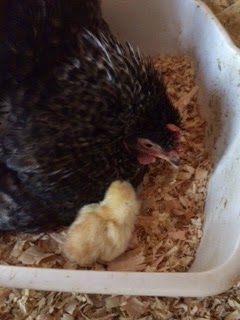 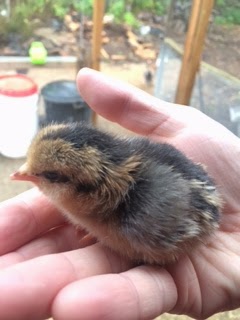 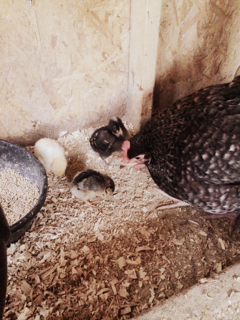 Did those just make you want chicks of your own?
Good!They are fun!